Few Biblical figures are as intriguing and mysterious as Enoch. He is mentioned only a few times in the canonical Hebrew Bible, but the impact of his story went on to affect the theology of many books written during the Second Temple Era.

Few Biblical figures are as intriguing and mysterious as Enoch. He is mentioned only a few times in the canonical Hebrew Bible, but the impact of his story went on to affect the theology of many books written during the Second Temple Era. It also set the foundation for the development of many of the ideas found in the early Christian movement. Enoch’s importance continued beyond the destruction of the Temple and survived in a new form in later rabbinic tradition.

Anyone familiar with classical Judaism, the religion of the Bible and the Talmud, who has read the New Testament might experience a disconnect between it and the Hebrew Bible. Something is missing so to speak. Understanding the literature of the Second Temple period is critical to providing the missing links to understanding and appreciating the complex environment of evolving Jewish thought and the emergence of the early Christian movement from its sources.

Discover the mystery of Enoch, and the fascinating impact it had on the development of Judaism and Christianity.

“It is obvious that a lot of study and research was done to make this book the gem of is.”

A well written and carefully researched book, “Enoch Rising” lays down a solid groundwork of canonical and non-canonical information on Enoch.. 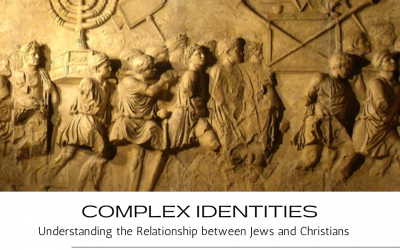